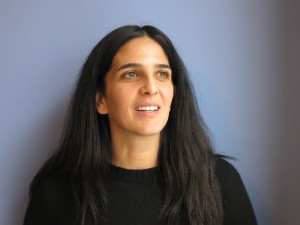 Representative and operation manager
of AP’Culture Maghreb in Morocco

Graduated both in art history and law, Salma Lahlou has a solid knowledge in cultural project management. After having been the vice-president of the National Museums Foundation of the Kingdom of Morocco, she has decided to join AP’culture in 2014 in order to follow and develop the projects of AP’Culture Maghreb based in Casablanca.

Jurist in International Maritime Law, and after four years at the head of the legal department of Gullmar Offshore Company in Dubaï, Salma resolved to convert into art expert. First, she graduated from IESA school in Paris (option « the art market in painting and graphic art ») before getting her Masters  « Contemporary art and its exhibition » at Paris Panthéon Sorbonne University.

Since 2011, Salma has had many experiences in cultural management project. After a first experience at Artcurial, she joined CulturesInterfaces as curator.

From March 2012 to January 2014, Salma has been appointed as executive President of the National Museums Foundation of the Kingdom of Morocco, a non-profit organisation which carries on behalf of the Moroccan government, the administration, management, and protection of public museums.

Precisely, she was in charge of setting up the Foundation and the development of its strategy as well as overseeing its implementation. She was also the project manager of the first national museum in modern and contemporary art of Morocco.

Since 2014, Salma specializes in cultural project support, specialy in strategy and management consultancy. She becomes the representative and operation manager of AP’Culture Maghreb, branch of AP’Culture, based in Morocco.

One Response to "Salma Lahlou"