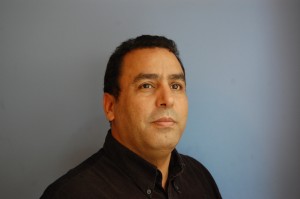 After earning his degree as an architect (1989), he completed his higher education with a DEA (Degree of Advanced Studies) in Urbanism and Planned Development (Ecole des Ponts et Chaussées and Institut Français d’Urbanisme) in Paris, a CEAA (Certificate of Advanced Architectural Studies) in Architectural Programming at the Ecole d’architecture de Paris-Villemins and a CEAA in Planned Development for Leisure and Tourism at the Ecole d’architecture of Montpellier.

As the same time as he developed his professional career, started in 1992 at the O’byrne-Café event organization firm and later at Cafe Programmation, Bechir has been continuously enriching his skill base with further education (Masters in landscape projects at the ENS du Paysage in Versailles in 2000,) training in High Environmental Quality at the GEPA in 2003 and participation in several seminars and conferences.

After five years in the PRO-Développement team, which he joined in 2002, he set up AP’Culture, his own company, in 2007. AP’Culture is positioned particularly on complex, high-stakes cultural projects.